This unique, charming and historic town, one of the oldest in Mississippi, is set among the picturesque rolling hills and pastures of Wilkinson County, just north of the Louisiana-Mississippi border in the southwest corner of the state. It was incorporated in 1811, after the Louisiana Purchase in 1803 and not long before Mississippi’s admission to the United States in 1817.

It stands along the historic corridor between St. Francisville, LA, 24 miles to the south and Natchez, MS, 34 miles to the north. Since pre-colonial times, communities within this corridor have been linked, first by the Lower Natchez Trace, a footpath and portage that served the east bank of the Mississippi River, and now by U. S. Highway 61, the “Blues Highway,” where America’s music originated.

John James Audubon visited Woodville during his sojourn in St. Francisville in the 1820’s. In the lush forests of this region he found more than 26 of the species which he documented and painted for his “Birds of America” series.

Woodville’s families date to the 18th Century, its diverse and marvelous architecture to the 19th. The leadership of its residents distinguishes Woodville from many other small Southern towns that are its contemporaries, and accounts for a noteworthy group of cultural resources and activities: the Woodville/Wilkinson Main Street Association; the Wilkinson County – Woodville Public Library; and the Wilkinson County Museum and the African American Museum, both restored and owned by the Woodville Civic Club. Among the Main Street Association’s initiatives are the much-heralded and newly-opened Woodville Hospitality Station, providing a tourist information and rest stop to north-bound travelers on Highway 61, near the town boundary, and the annual Deer & Wildlife Festival, staged on and around the Courthouse Square each October. The Civic Club has published three volumes of “The Journal of Wilkinson County.” A fourth book is in the works.

A public school system and a private alternative, the Wilkinson County Christian Academy, offer co-ed grades K – 12. WCCA is an educational anchor of the bi-state area.

The town claims distinguished forbearers in politics, commerce and the arts. Jefferson Davis, President of the Confederacy, lived here as a boy, and Rosemont (c. 1810), his home of that period, has been lovingly restored and is open to the public. Davis family descendants are among the town’s residents today. Woodville was home to one U.S. Senator, and a Lieutenant Governor and three Governors of the state, one of whom was author of the Mississippi Civil Code. William Grant Still, a descendant of abolitionists and the Dean of African-American composers, was born here.

The town boasts an excellent grocery and medical clinic, and churches with active Catholic, Episcopal, Methodist, Baptist and Presbyterian congregations.

Woodville owes its defining prosperity and unique ambience to two classic Southern commodities: cotton and timber; and in the town’s halcyon days, particularly cotton. Cotton brought the planters who built numerous Wilkinson County plantations, and the merchants who served the planters’ families and workers. The need to get cotton to market justified the construction of the West Feliciana Railroad, the oldest standard-gauge system in the country, which once extended from Woodville to Bayou Sera, on the Mississippi River, just south of St. Francisville.

The community thrived from the 1830’s until the Civil War, and again from 1870 until 1920, by which time the boll weevil had pulled the economic rug from under Woodville by decimating the cotton crop. In that second period of prosperity, the town was called “Little Jerusalem,” to acknowledge the Jewish businessmen who came for the economic opportunities and made significant contributions to its built environment and culture. Woodville’s synagogue burned in the 1930’s, but its Jewish cemetery may still be visited.

Our Woodville Lofts & Studios building on the east side of the town square owes both its origins and its expansion to these trends. The first floor row of commercial spaces dates from the middle of the 19th Century. During the second period of prosperity in Woodville, about 1905, those spaces were enlarged with a second-floor addition, and became the Woodville Hotel. The address of the building is now Boston Row; but the street was called “Depot” when the commercial row was built. The West Feliciana Railroad had a terminus on Depot St., where the railroad’s office was located.

What we now call Studio 137, in the middle of the row, became the hotel office and lobby, where a stairway to the second floor and a connecting doorway were added. The stairway rose to a foyer and hallways providing access to hotel rooms situated in the north and south wings of the second floor. Over the years a Greyhound bus station and shops of all kinds occupied the store fronts, and the hotel rooms, for which there was no longer a demand, became apartments.

Woodville remains notable for its role in a flourishing timber industry; the dedication and commitment of its proud and friendly residents, many of whom are third and fourth generation; its marvelous assemblage of 19th C. buildings in various classic styles; and its abundance of recreational availability, hunting and fishing in particular. Recently, a flurry of interest in oil and gas drilling, some of which is under way, has prompted speculation that additional commercial activity may be on the way.

The kingdom of cotton has yielded to the kingdom of timber, an industry in which Wilkinson and Amite counties are a bread basket of the U. S. Conducive climate, soil quality and drainage in these rolling hills offer an ecosystem unequalled for the cultivation, harvesting and processing of species as diverse as pine, red and white oak, cypress and ash. Here there is remarkable “sustainability” - conditions that foster the repetitive and efficient planting, harvesting and replanting of acreage without damage to the soil or to the landscape. The timber plantations of the county make for a clean and healthful environment with excellent air quality.

Netterville Lumber and Big River Timber, among the county’s major employers, produce finished lumber and ship their products world-wide. Area employers of significance are Georgia Pacific and KAPAQ Industries, major processors of pulpwood, situated in the Feliciana Parishes of Louisiana.

The town is home to the oldest newspaper in continuous existence in Mississippi, the Woodville Republican, founded by W. A. Chisholm in 1821, and still publishing each week under the management of a great-grandson of John South Lewis who settled here in 1810, and whose family acquired the publication in 1878. The grocery is Treppendahl’s Foodstore, operated by a great grandson of the first owner. The Treppendahls are now sixth generation Woodvillians.

Superimposed over its rolling terrain, Woodville enjoys an orderly and aesthetically pleasing town plan, centered on a square of ancient oaks where the spire of the turn-of-the century Beaux Arts courthouse rises, asserting the importance of the town as the seat of Wilkinson County.

According to the inventory of over a hundred buildings significant to its National Register Historic District listing, Woodville structures date from the first quarter of the 19th Century and include a rich diversity of examples of Federal, Eastlake, Arts and Crafts, Greek Revival, Beaux Arts and Neo-classical architecture. Fronting Courthouse Square are the monumental office and banking house of the West Feliciana Railroad (c. 1834), now the Wilkinson County Museum, and home to the area’s Main Street Program.; and the classic federal-style former Branch Banking House of the State of Mississippi (c. 1819), the state’s oldest existing bank building, now the African-American Museum. The former railroad office may be one of the oldest railroad office buildings in the U. S.

Four miles to the north of Woodville on Highway 61 is the new Wilkinson County State Park which features a small lake for fishing, and trails for hiking and biking. West of Woodville, on the Pond-Pickneyville Road to Louisiana’s Tunica Hills, is the Clark Creek Natural Area, a state park with over thirty waterfalls; and on Hwy. 24 to the west, Lake Mary, an oxbow of the Mississippi, where locals and visitors fish and water ski. At the entrance to Clark Creek is the tiny town of Pond, with an historic General Store. The pond at Pond was a watering hole for teams of oxen drawing carts from Woodville to the military post of Ft. Adams (incorp.1798) on the Mississippi River, the historic port of entry to the Mississippi Territory in the years prior to the Louisiana Purchase.

The forests and lakes of Wilkinson county continue to beckon hunters, as they have for generations. Deer, wild boar, coon, wild turkey, duck, squirrel, rabbit and dove are found in abundance. The county is the most frequented for hunting in Mississippi.

Traditional pilgrimages of private homes and gardens are conducted each year in Natchez and St. Francisville.

In Woodville you will find small town charm and friendliness situated in a distinctly pleasing and accessible landscape, and defined by an architectural and cultural heritage of proud sophistication. An office, live-work studio or apartment in our Woodville Lofts & Studios is a great place in which to work, relax and enjoy this special town – in comfort and with peace of mind. 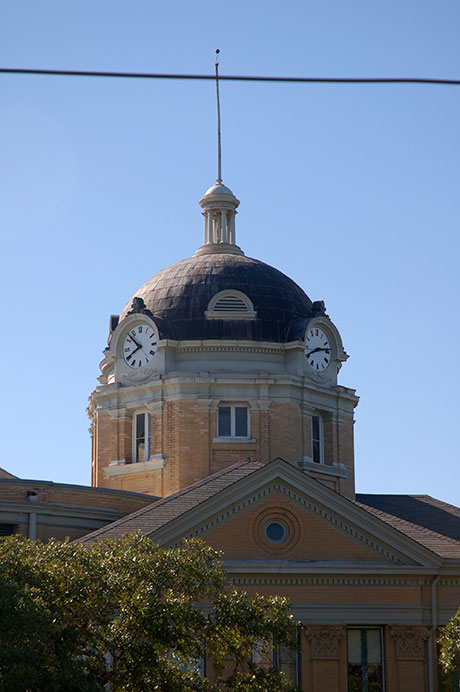 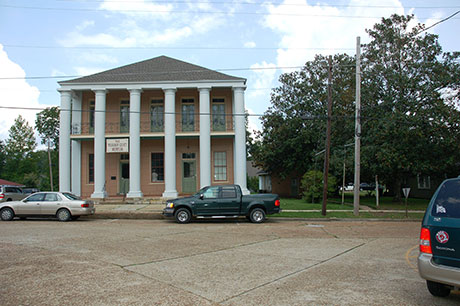 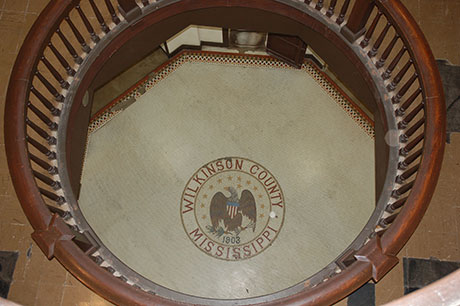 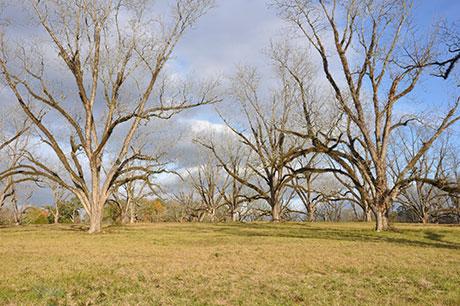